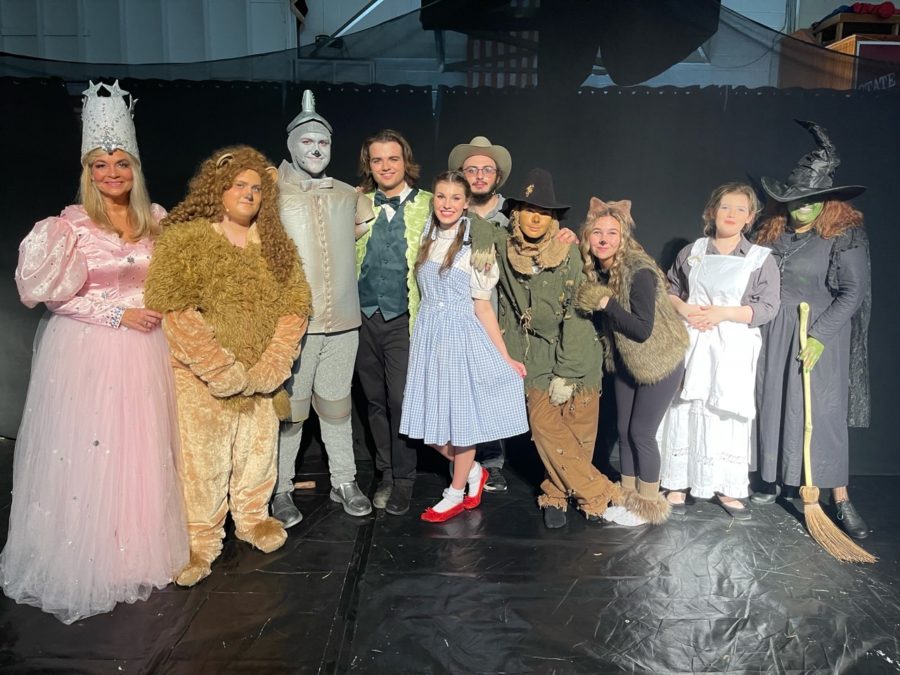 The Buffalo Island Central Drama Department had a major setback during the 2020-21 school year. Due to Covid-19 guidelines, they were unable to perform a fall musical in 2020, but the theater program more than made up for their absence with the Fall production of the Wizard of Oz which recently made its debut.

On October 7th-10th, the “Wizard of Oz” was brought to life. The main cast consisted of: Mallie Zielinski as Dorthy Gale; Lane Luther as the Scarecrow; Trey Fry as the TinMan; Evan Duncan as the Cowardly Lion; Elijah Teeter as The Wizard; and Sophie Mcfall as Toto.

The play never had  a dull moment; there were flying monkeys, joyful Ozians, and cheerful munchkins. It lasted around 95 minutes with a 15 minute intermission. The cast was one of the biggest yet for a BIC theater production, and featured students from grades 2-12. Two teachers joined the cast as well – Mrs. Stacy Qualls as the Good Witch of the North  and Mrs. Amber Crabtree as the Wicked Witch of the West. This play pushed students to the limit, requiring them to dance, sing, and act while in hot, stuffy costumes through the oppressive heat.

Practices, led by Mrs. Nancy Spencer,  began in August, and  consisted of learning lines and choreography. The students worked long and hard to perfect the show before October came around.  Choir Director Mrs. Leigh Jackson rehearsed music, and even taught the cast their choreography for this show. Senior Mallie Zielinski also chipped in with teaching dance steps to the “Munchkins,” which were played by elementary students.

Each night, after the show concluded, the cast waited in the lobby to shake hands and receive flowers from proud friends and family. Nancy Spencer thanked parents for allowing their children to participate in a dedicated and hardworking department, and thanked the community for supporting the program. The drama department will take a brief hiatus between shows until their next production starts in January. Those of us at BIC patiently await the announcement of what stage production we can look forward to next.