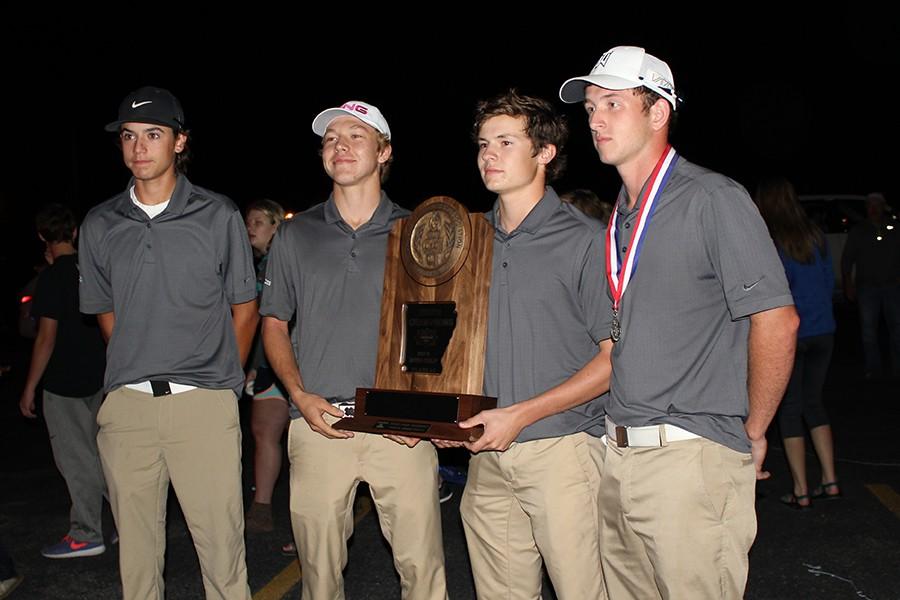 Golf team members Miles Gifford, Trey DePriest, Dax Hurst and Andrew McFarlin display their state trophy Tuesday night at the school parking lot. Members of the community were on hand when the team arrived back home to welcome them and congratulate them on their state title. The team received a police and fire department escort and were greeted by mayors of all three towns in the school district.

The BIC boys’s golf team won their second state championship in three years Tuesday at the Holiday Island Golf Course near Eureka Springs. Trey DePriest finished second as an individual which qualifies him for overall state tournament in Little Rock on October 15.

“The best part about this year’s state tournament was that we came together as a team knowing that we would have to face Springhill, who won it last year, and we practiced harder than ever,” DePriest said. “At the end of the day, we won us another one.”

The team shot a 246 to capture the title.