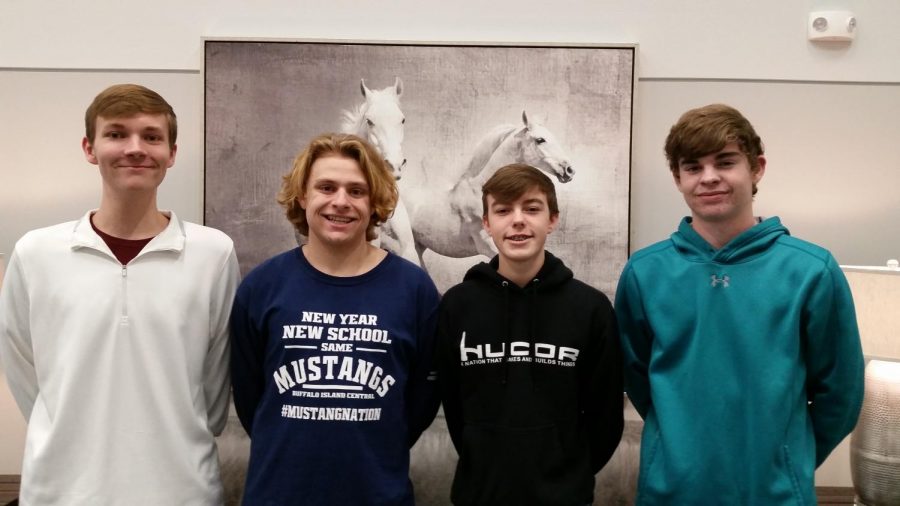 The BIC EAST Initiative recently attended the annual EAST Conference hosted in Hot Springs, Arkansas. Hoping to build on the success of past years, the students came home with several finalists distinctions and one first place victory.

Education Accelerated by Service and Technology (EAST) has been a treasured class at BIC for five years thanks to the hard work and dedication demonstrated by sponsor Jill Sanders and the many students who have been involved in the program.

The EAST Conference is an annual event that celebrates the successes from schools across the state, and features a few schools from Louisiana, Pennsylvania, and Oklahoma as well.  The conference is a time for schools to display the community projects they have been working on in creative booths for attendees to view.

Juniors Brody McFall and Harris McCord were honored to go on stage and accept the award for the CO2 Soil Sensor that they designed with classmates Payton Ivy and Caleb Suiter. They collaborated with Dr. Ben Runkle from the University of Arkansas to create a device that would help farmers test their soil for certain chemicals, allowing them to make better decisions with regards to crop rotations.

“Winning was such a satisfying feeling after our months of hard work. I definitely felt like I was in over my head for the longest time,” McFall said.

The BIC EAST Initiatives are already preparing for next year’s conference by looking into the community to help as many people as possible with their tech-savvy ways.