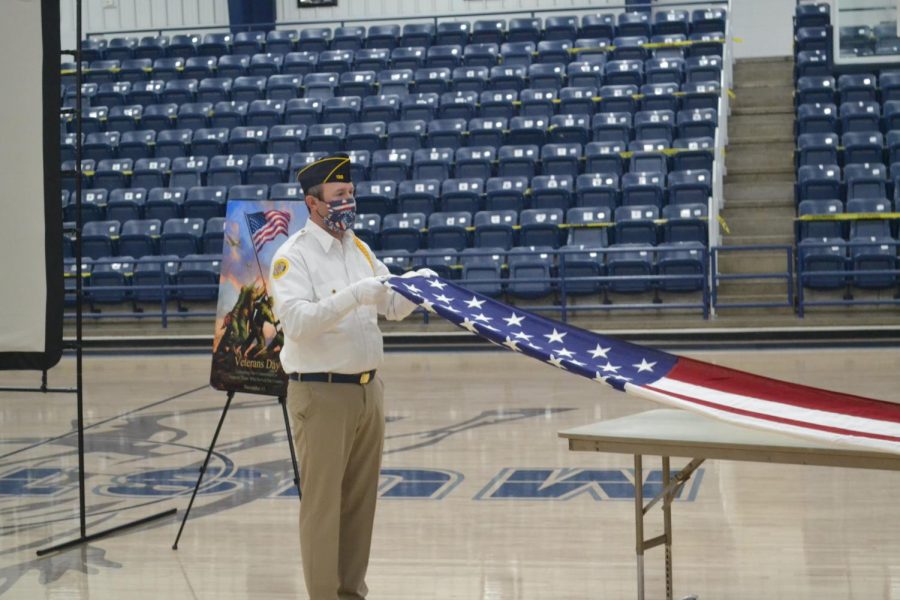 The BIC EAST Initiative held its annual Veterans Day assembly on November 10th, to commemorate the many veteran’s in the Buffalo Island community. This year due to COVID-19 regulations the ceremony was live-streamed, rather than having in-person attendance.

The program began with the Presentation of Colors, followed by the Pledge of Allegiance, and singing of the national anthem.

The names of the previous inductees of the Buffalo Island Veterans Hall of Fame were then read.

Mr. Ricky Copeland, of the United States Air Force was then inducted into the hall of fame. Mr. Copeland enlisted in the Air Force during the Vietnam War, during which he served in the Strategic Air Command (SAC). Mr. Copeland also worked for many years as an elementary school science teacher in the BIC school district, and is very involved in his church and community. He also teaches as a missionary in India, at the World Bible College.

Mr. Gathright and Mr. Copeland both received plaques on behalf of the EAST Initiative to commemorate their service and induction into the Buffalo Island Veterans Hall of Fame.

This year’s guest speaker was 3rd generation war veteran, Seth Simmons. Mr. Simmons enlisted in the United States Army in 2001 at the age of 21. During his time in the military he served in five different countries, and four states, including a tour in Operation Iraqi Freedom, and Operation Enduring Freedom. After over eight years in service Mr. Simmons was medically discharged, after which he attended the University of Central Arkansas. He now owns and operates a barbeque restaurant, with the mission of feeding homeless veterans.

The assembly was concluded with the ceremonial folding of the flag and Retiring of the Colors.

We thank the veterans in our community and the dedicated students of the EAST Initiative who worked so hard to put this program together in their honor. 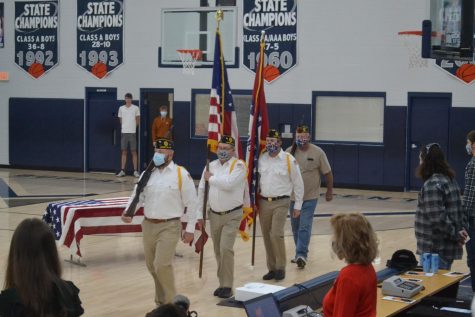 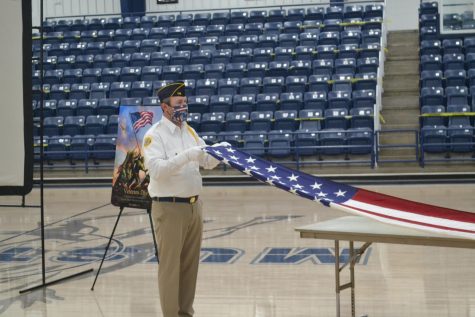 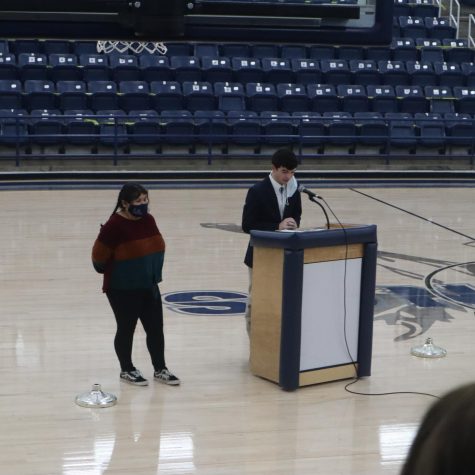 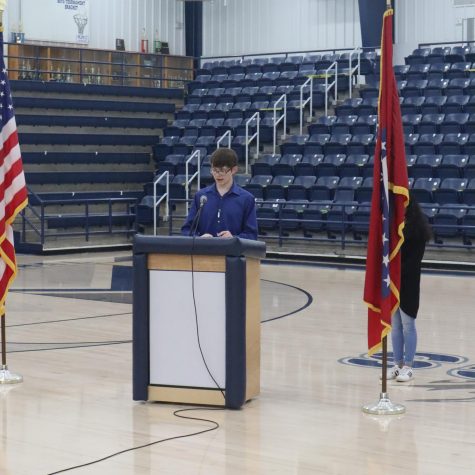