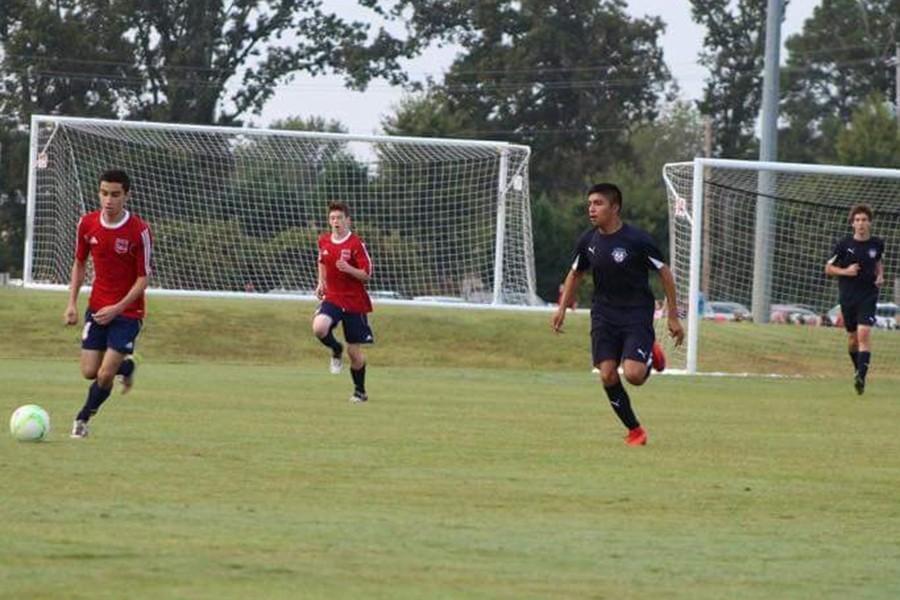 Junior Herman Tapia is no stranger to the hard work and dedication that it takes to be part of a sports team.

Playing soccer since the age of seven, Tapia cannot imagine his life without the sport.

“It’s my passion,” he said. “My father got me into soccer. He is my role model, the reason why I love this sport.”

Tapia’s love for soccer motivated him to take the opportunity of not only being part of the BIC Mustang soccer team, but to also be part of Arkansas Revolution, a soccer travel team based in Jonesboro.

“To be on the Arkansas Revolution team, I had to try out like the rest,” he said. “Twenty-two people tried out but only 14 were accepted. Me being part of those 14.”

He knew juggling two teams would be a struggle, due to the conflicting dates.

“Sometimes I miss scrimmages with the Mustangs because I’m out of town with Arkansas Revolution team playing tournaments or attending one of our many practices,” Tapia said.

In the five months he has been part of his travel team, Tapia has helped the team to continue having an undefeated streak and winning several tournaments.

Although Tapia has achieved a lot in his short time with both teams, he is more motivated than ever to work harder and try to grow even more as a soccer player.

“I believe every day is a chance to get better because there is no better feeling than stepping out of the soccer field and stunning them all by doing what none of them thought I could do,” he said.